Cheese may protect teeth from cavities

Eating cheese was shown in a new study to increase dental plaque pH, which in turn decreased the odds of developing cavities in patients. The study was published in the May/June 2013 issue General Dentistry.

“What I think is exciting about this is it shows that cheese -particularly as a snack- can reduce the acids that will cause cavities and gum disease,” Dr. Jeffrey M. Cole, president of the Academy of General Dentistry, said to CBSNews.com.

Sixty-eight adolescent subjects between the ages of 12 and 15 were enrolled in the study. Dentists measured their dental plaque pH before they ate dairy and after.

A baseline pH of 7 means the environment is neutral. Anything above or below 7 is considered basic or acidic, respectively. A pH level lower than 5.5 puts a person at risk for tooth erosion, which is when the protective enamel layer on the teeth is worn away. This leaves the tooth vulnerable to cavities, also known as dental caries, and other problems.

After the initial dental plaque pH levels were taken, the subjects were told to eat cheddar cheese, drink milk or eat sugar-free yogurt for three minutes and then rinse their mouths with water. The researchers then measured pH levels 10, 20 and 30 minutes after the subjects stopped eating.

The subjects who ate the milk and sugar-free yogurt had no pH changes. However, those who ate cheese had a quick, steady increase of pH as time progressed.

Researchers believe that eating cheese stimulates saliva production, which is the body’s way of keeping the mouth at a normal acidity level. The saliva acts as a flush to remove any residue in your mouth, and also provides a buffer against high levels of acidity.

Cole points out that cheese contains pyrophosphates, which is a salt or ester that is commonly found in fluorides and toothpaste. They can work to re-mineralize a tooth that has been surrounded by acid.

Even better news is that no fat, low fat and regular cheese have the same properties, so people can snack on a healthier option while still getting the same benefits. Some cheeses can be packed with saturated fats and sodium.

Before cheese was considered a good snack because it wasn’t a bad food item when it came to teeth, Cole explained. Now, this study shows that dentists can rest assured that cheese can actually keep a person grinning.

“In a lot of low-carb diets, string cheese is the go-to snack,” Cole commented. “(Cheese) not only it fits one of those diets, it’s actually good for your teeth! It makes it all the much better.” 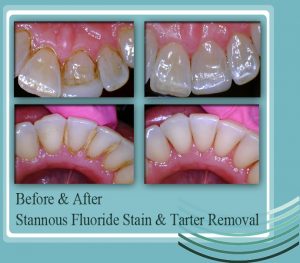